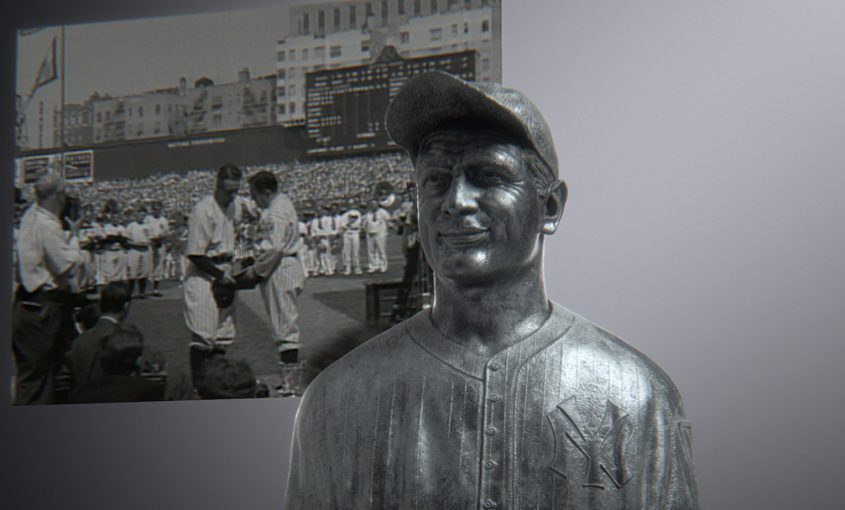 The digital collectible features video excerpts of the iconic speech and a three-dimensional bust of Gehrig in an iron finish, representing his legacy as baseball’s “Iron Horse.” The bust also includes authentic details, such as the Baseball Centennial patch on his uniform and the iconic bend of Gehrig’s hat.

Delivered on July 4, 1939, the speech was Gehrig’s formal farewell from the game after being diagnosed with ALS.

The auction for this exclusive NFT opens on Sunday, the Fourth of July, which is the 82nd anniversary of Gehrig’s historic speech. Fans can visit www.candy.com to sign up for notifications ahead of the auction, which lasts four days and closes at 7 p.m. ET on July 8.

Candy will also be releasing a limited-edition NFT of the bust itself in bronze, giving fans more access to owning a piece of baseball history. These 100 NFTs will be available on a first-come, first-served basis, with fans able to easily purchase one by credit card.

All proceeds from the sales will support ALS charities, including The Lou Gehrig Society, The Sean M. Healey & AMG Center for ALS at Mass General and The ALS Association.

Launched earlier this month, Candy Digital has entered the NFT space with three of the world’s most innovative companies and executives across sports, e-commerce, technology, collectibles and cryptocurrency. The group includes Michael Rubin, executive chairman of Fanatics; Mike Novogratz, founder and CEO of Galaxy Digital; and Gary Vaynerchuk, serial entrepreneur and investor.

Major League Baseball is Candy’s first exclusive rightsholder partner, and additional digital assets will be rolled out to MLB fans in the coming weeks.